How to Import Windows Live Mail EML files to Thunderbird? 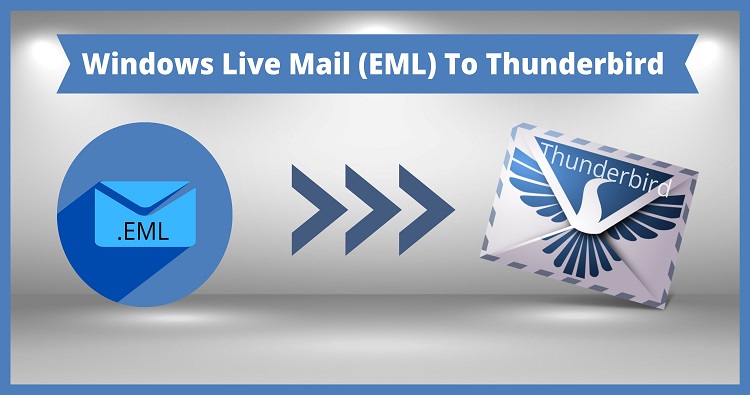 How to Import Windows Live Mail EML files to Thunderbird?

Windows live mail is a free discontinued email client by Microsoft. It reached the end of life on 10 January 2017. Many users are still using often with bugs as Microsoft doesn’t provide updates and technical support for it. Recently, Thunderbird got an update and advancements, and now many Windows Live Mail users are seeking a way to import Windows Live Mail to Thunderbird and replace it as their email client.

Importing EML files into Thunderbird is not a complicated task, but the problem comes when users have thousands of EML files to import.

There are two free-ways to import EML to Thunderbird. One is by using an add-on named ImportExport, and another one is the Drag and Drop method.

In this way, we will use ImportExport add-in, but this utility is not available after Thunderbird 78. So if you are using a newer version of Thunderbird, then scroll down to the second approach.

This method has two phases. One is Installing ImportExport Add-on and the second one is exporting EML files to Thunderbird.

It is how you can import Windows Live Mail to Thunderbird using the ImportExport utility. But as I have already mentioned, this utility doesn’t support the latest versions of Thunderbird. Along with this, it is a time-consuming task and has a risk of data loss. I didn’t suggest using this method to users as it doesn’t allow selecting multiple EML files’ folders to export. Hence you have to repeat the same process every time to import a folder, and it will consume your crucial time.

This one is much easier than the previous one. Below is the process to execute this method.

The drag and drop method is a handy option to import Windows Live Mail to Thunderbird. But it doesn’t have an option to find and exclude unwanted emails. Besides this, the Drag and Drop method is limited, and users can import a limited amount of EML files using the Drag and Drop method. If you have multiple EML files to import, do it in small portions, or use a professional automated tool.

Import EML file to Thunderbird in a single process

It’s evident to have multiple EML files, and the only way to export them into Thunderbird is in a single process using a third-party solution.

Shoviv Restore EML to Thunderbird Tool is recommended for users with EML, PST and MBOX files. As the tool allows importing several file formats into Thunderbird, Outlook and Office 365.

Users simply have to purchase a license for their Mailbox, which will cost you a lifetime of $4.8 for each Mailbox. Once you purchase the subscription for your Mailbox, you can import several different file formats into Mailbox and vice-versa. Some of this tool’s features are as follows:

The features list doesn’t end here; there are many more. Use the free version of the tool to evaluate its other features and compatibilities.

Both manual methods mentioned above can import Windows Live Mail to Thunderbird but with some restrictions. One can use any of them. If you want a desired and restriction-free EML to Thunderbird import process, go with the Professional tool.

Why should I use the Shoviv IMAP Backup and Restore tool over the manual methods?

Users can have unwanted emails, and both manual methods mentioned above don’t have options to exclude unwanted items. Shoviv IMAP Backup and Restore tool has a filter option on the message date and folder filter based criteria.

Yes Shoviv IMAP Backup and Restore tool can export your EML files into Office 365, Thunderbird as well as other IMAP based email clients.

Stuart Clark is working as a technical content writer at Shoviv Software for the last 3 years. In his free time, he loves to write about new technology and read fiction books, his favorite book is "It ends with us" by Coolen Hoover.